This year we're celebrating 30 years of category-defining fabric innovations with Featured Partner posts highlighting our collaboration histories with brands who've shared a first with us. This week we're telling the story of the original Fleece Brand of Europe, Jack Wolfskin.

Born From The Wild 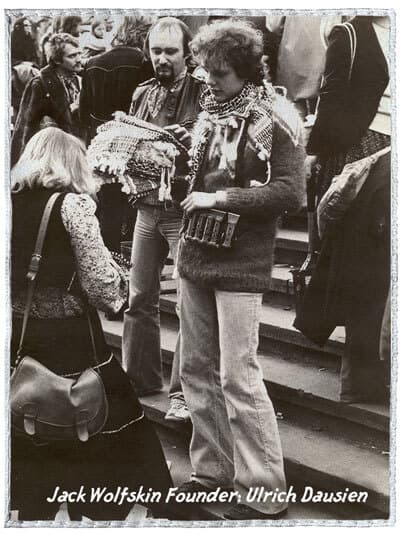 Jack Wolfskin’s story begins in the deep forests of Canada’s Yukon Territory, the very region that inspired Jack London’s famous novel The Call of the Wild. German explorer and entrepreneur Ulrich Dausien sits with his friends by the campfire, thinking of a name for his new company. You would think the howl of a wolf piercing the darkness would be their inspiration, but it was a bear attack that pawed Dausien on the forehead that caused them to scramble. In the days following nature’s revenge, they were able to reflect what would inspire their name, logo, and ethos of the iconic outdoor brand Jack Wolfskin. The wolf’s fur protects the animal against the elements as effectively as Dausien envisions his outdoor products protecting their users. London lends his first name to the campfire christening, and Jack Wolfskin is welcomed into the world — An authentic adventurer born from the wilderness.

Like Polartec, Jack Wolfskin is celebrating 40 years in the outdoors. Since 1981 they’ve outfit European discoverers with tough but well-designed weather-protection products and other outdoor gear. At the time, Dausien understood there was a hunger for adventure among German youths and thought there was a lot to be desired in the outdoor market. So he took it upon himself to fill that hole — which makes sense considering his story. 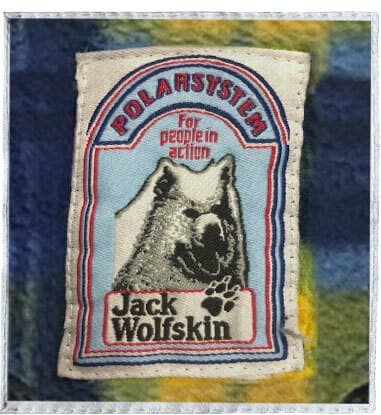 In the late 70s, you could find boy scout Ulrich Dausien selling keffiyehs and second-hand stereos at the flea market by Frankfurt’s Eiserner Steg bridge. He initially set up the shop to fund his schooling, but his business was going better than expected, and before long, he had saved his first 10,000 Deutschmarks.

It wasn’t long after when Dausien began selling outdoor gear to a hungry market of adventurous youths in his new retail shop, Sine. Named after his boy scout troop, he grew Sine into a successful 13 store franchise selling other company’s gear. But Dausien had always wanted to make his own brand in order to create higher quality products and have more of a say in development. So at 24, he founded Jack Wolfskin, and a legend was born.

While traveling in America looking for new gear and inspiration, Dausien found himself in Northern California during the golden era of a fledgling outdoor industry. New brands were popping up supporting outdoor enthusiasts and outfitting the look of the adventure lifestyle. It was here he discovered a revolutionary new fabric called Polarfleece developed by Malden Mills and was soon selling fleece garments made by these American outdoor brands. They sold so well he went about producing his own products under the Jack Wolfskin name. The two newly born brands met in 1988 to introduce fleece to Europe and change the outdoor game forever.

Jack Wolfskin quickly became the largest producer and seller of fleece on the continent; they were “The Fleece Brand” in the 80s and 90s. At one time, they had five factories across Europe cutting and sewing fleece like crazy. They introduced bold colors and unique prints that popularized 80s ski fashion, while also leading the movement for fleece as a lifestyle item in Germany. From there, the Jack Wolfskin paw print was forever immortalized on fleece. 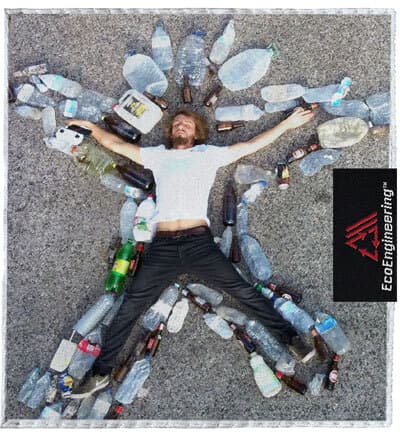 Dausien left Jack Wolfskin in 1994, but he left a legacy of a brand committed to loving the outdoors, both in exploration and preservation. Sustainability is a vital part of Jack Wolfskin. From sourcing sustainable materials and eliminating unnatural substances, to even supporting a wolf conservation and restoration effort in the early 90s. Just like Polartec, they committed to environmental protection from all angles early on.

But it was 1999 when Jack Wolfskin launched The Polartec Recycling Collection, just six years after Polartec introduced the first recycled fleece. The collection was the first of its kind in the outdoor space, and it inspired Jack Wolfskin to go even further with their drive for sustainability. We’ll show you what we mean.

We’re releasing a new collection inspired by iconic Jack Wolfskin styles of years past for Fall/Winter 2021. The Hike DNA Collection is a modern take of classic fleece products updated with the latest sustainable technologies, including: 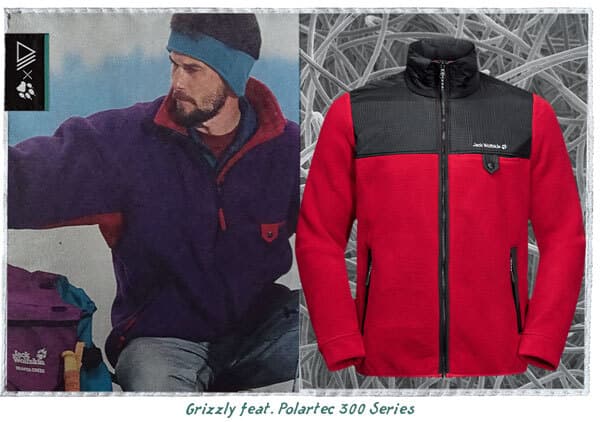 The Grizzly, a durable jacket originally released in 1989 and made with Polartec 300 series fleece 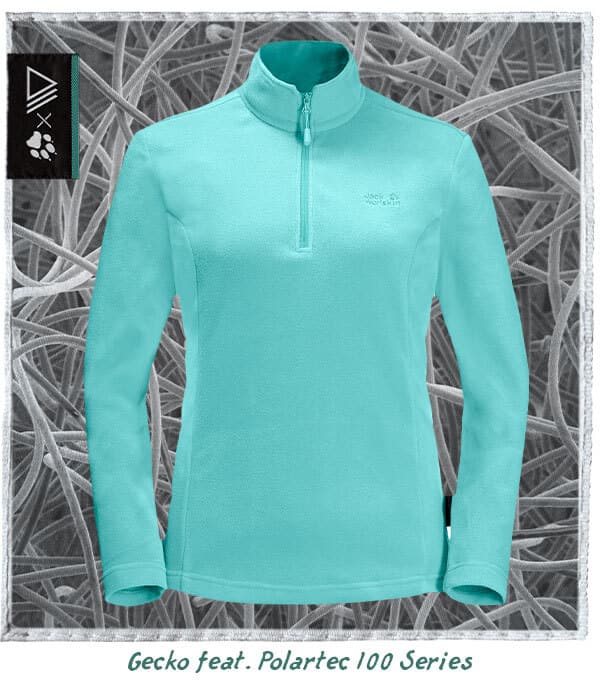 The Gecko, a versatile mid-layer originally released in 1992 as the Gaugler, with Polartec 100 weight microfleece. The Gaugler was later succeeded by Gecko and Kiruna in 1995, a legendary pullover & jacket made with Polartec 100 Series fleece - still in the range today. 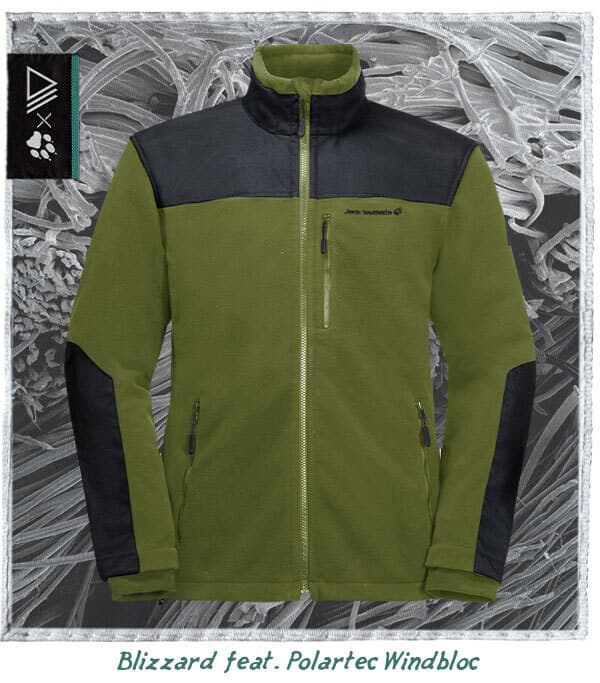 The Blizzard Jacket, a windproof jacket originally released in 1998 and made with Polartec® Windbloc®

To celebrate this tradition of innovation, we co-developed a new Polartec Windbloc fabric with 100% recycled materials especially for the Blizzard Jacket. It’s the first of its kind to feature recycled synthetic fibers in the outer and inner layer with a breathable, Jack Wolfskin

Texapore Ecosphere membrane in the middle, also made entirely from reused/recycled materials.

This new collection is a sign that we’re back to our old roots of leading the way in sustainable innovation in the outdoor space. 40 years is just the beginning.

As part of our year-long celebration of 30 years partnering with innovative Outdoor brands, we're releasing "music posters" inspired by some of our favorite bands. 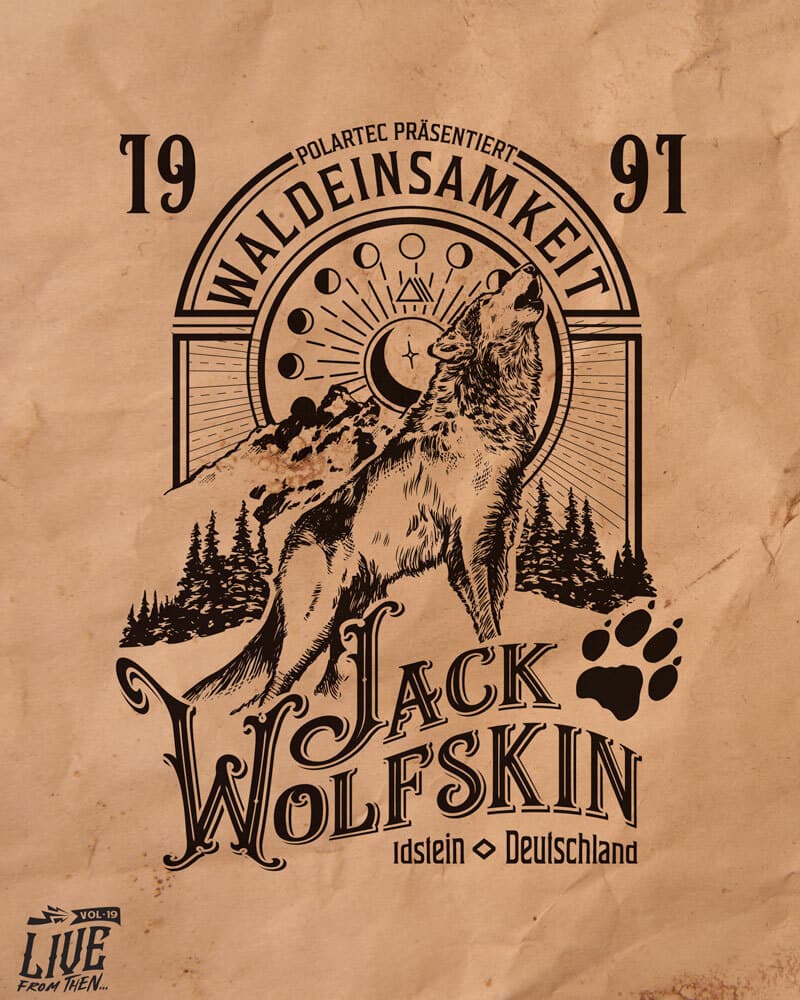 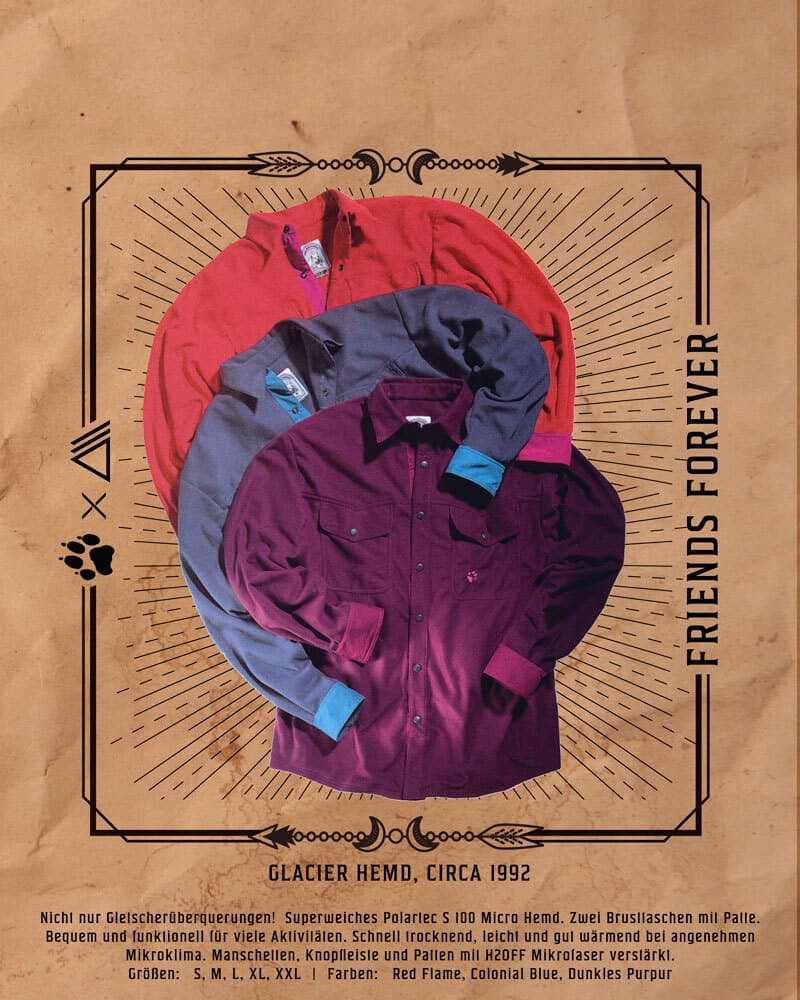 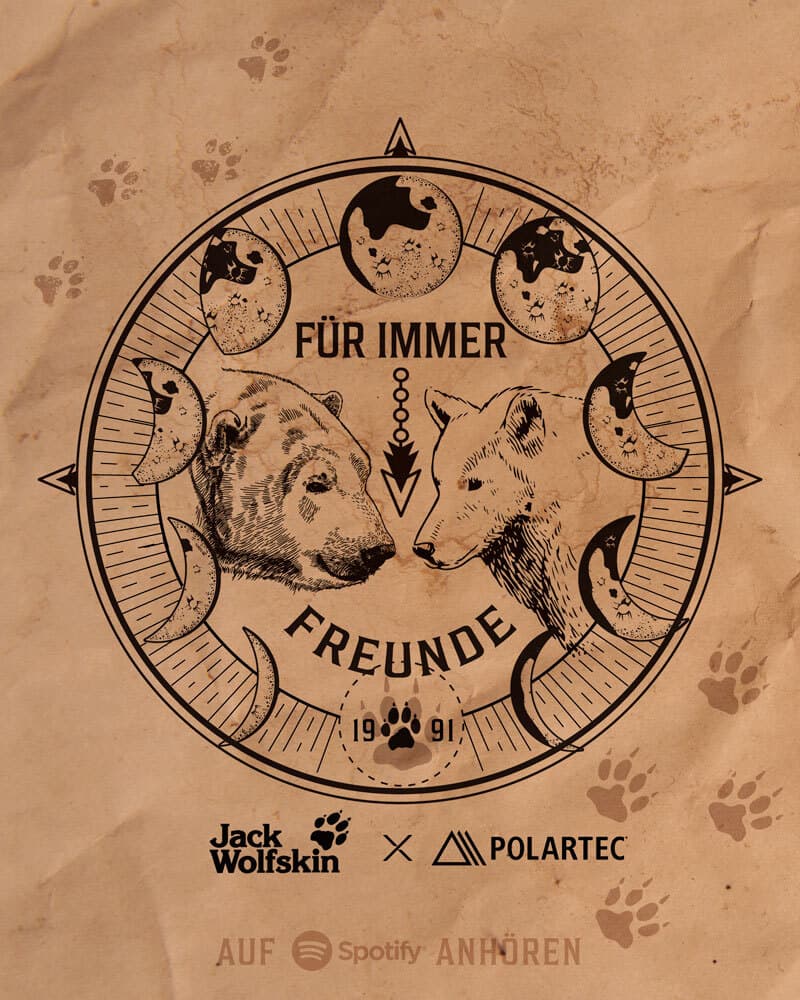