Knit Weird with It

Leo Colacicco is a designer in demand. A quick scroll through his brand’s website tells you exactly why he's such a hot commodity in the design world. His LC23 apparel boasts unique lines and shapes, striking colors, and a sense of positivity as irrepressible as Leo’s smile. But there’s also furniture, footwear, swimwear, even dinnerware, all with a decidedly Leo sensibility. Then there’s the collabs with some of the biggest names in sportswear fashion — Nike, New Balance, Diadora, and Puma. 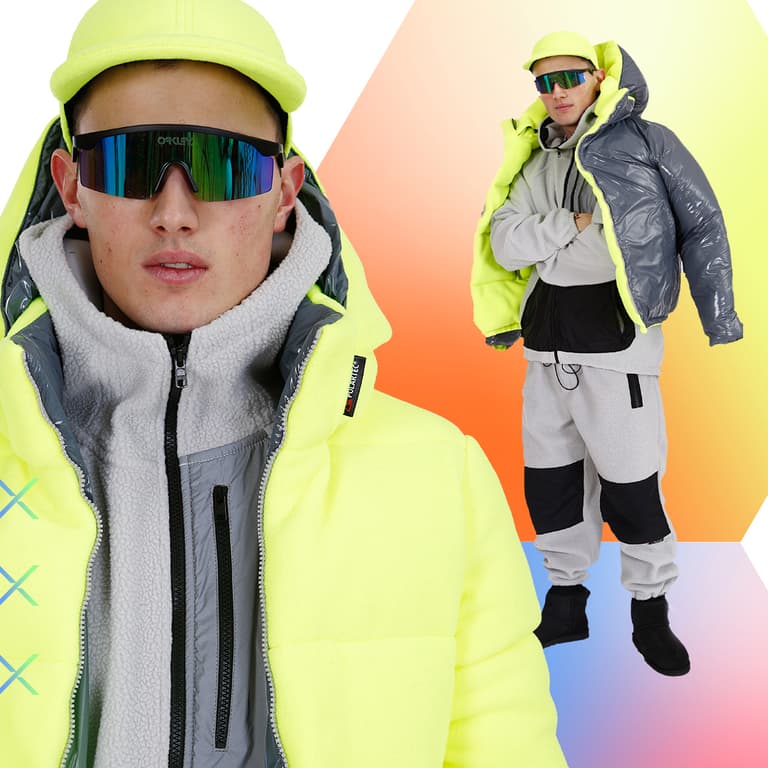 With an eye for peculiar detail and obvious quality, he never shies away from an outside-the-box brief or unexpected material to capture his vision. In fact, we can't think of a designer who's taken our fabrics in more unprecedented directions than the maestro of LC23. From Polartec® Thermal Pro® fleece sport coats to Polartec® Power Air™ fleece "bubbles out" bodysuits and Shearling bomber jackets, Leo consistently shows the style versatility of technical fabrics. He can turn a humble classic fleece into a signal of progessive design.

The Making of a Maestro

We recently sat down with Leo to get to know the man behind one of Italy's most exciting new brands. Turns out he's more than just a beautiful mind — clothing design happens to run in the family.

"I've always had a passion for fashion," he says, "My mother is a shirtmaker with Neapolitan roots and my passion comes from her. Obviously, I didn't know that when I was older I would end up doing what I'm doing now — I actually studied something else — but when I came back home after my Master's, I believed that LC23 could be a lifelong career."

He earned his Master's in e-Fashion from Milan Polytechnic, but instead of sticking around to try and establish his brand in Italy's fashion and design capital, Leo returned home to Gioia del Colle. He registered LC23 in 2011 and launched an e-commerce site straight away.

When we asked why he chose home over one of Europe's famed fashion cities, he cited his deep love for the region as well as his friends and family. "I believe that the quality of life here is among the best on earth: it drives me. But… I've always taken great pleasure in demonstrating that something of value can be created in the deep south (of Italy) also plays a role."

Leo is just a part of a reemerging garment industry in his native region. "Puglia has always had a deeply rooted tradition in making clothes. Nowadays, everything from outerwear to jerseys, sweatshirts, denim pieces, and knitwear is made there. Obviously, you won't find the slick professionalism you see in the studios of the North, but value for money here is among the best in Italy."

That Leo works where tradition meets fresh ideas certainly comes through in his collections. He's bringing our fleece to formal wear — suits, blazers, shoes, you name it — and all sorts of places you wouldn't expect.

"I encountered Polartec for the first time around 7 or 8 years ago when I bought Supreme garments. I was always taken by your fleece and, as such, I tried to find out if there was a way we could work together."

Leo went on to tell us what everyone's favorite pile fabric means to him. "Fleece is definitely one of my favourite fabrics, as it's highly practical and provides excellent thermal insulation. It's the perfect material to use to create my own garments, which tend to blend sporty style and elegance. Without a shadow of a doubt, fleece is one of the most important things ever invented in the clothing sector." 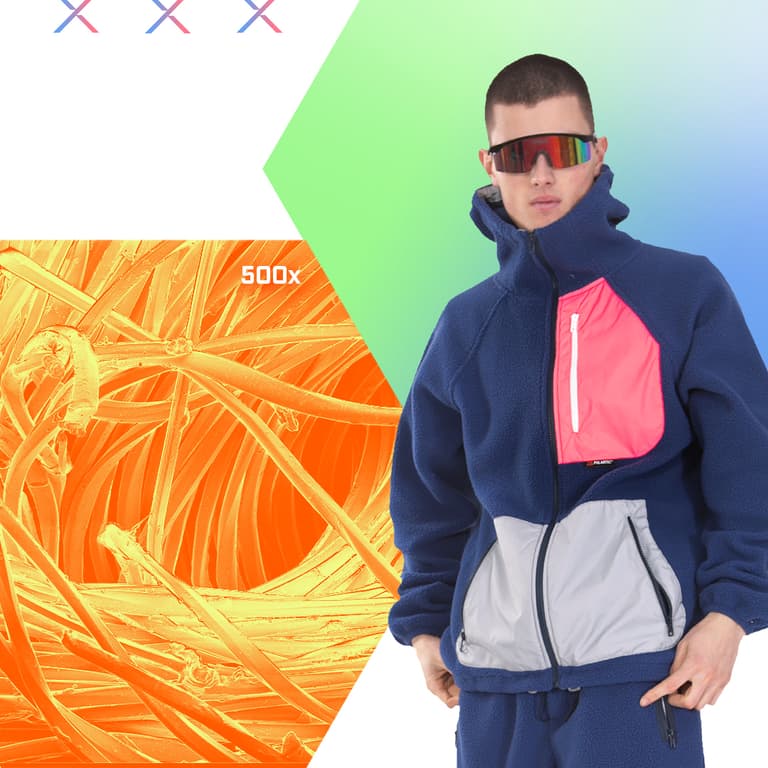 Leo uses Polartec Thermal Pro to fulfill his wildest visions. Thanks to the unparalleled versatility of our OG synthetic fleece, Leo can more or less mold the material to meet his needs. Endless color, weight, and pile combinations give designers a dream palette of knits to upend expectations of where fleece flies.

How do we bring such variance to life? With the expertise wrought from over a century of knitting experience. That's how we've championed precise yarn selection and orientation, mastered the art of dyeing to the persnickety specifications of world-class designers, and refined the industry-leading finishing techniques that make Polartec, Polartec.

No other collaboration better embodies the claim that we "Knit like a mill, design like a studio, and invent like a lab." Leo lets his mind run wild with inspiration, knowing that we have just the color, weight, and pile to bring his dreams to life. He promises plenty of new surprises in the future, so we're sure to see the boundaries of where fleece flies soon stretched even further.

Follow @lc23 to see what he dreams up next!